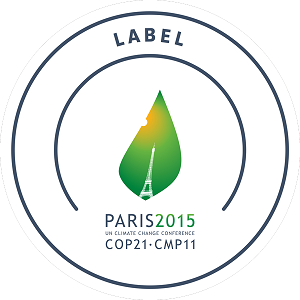 In December 2015, 195 of the world’s nations signed the Paris Climate Agreement. Although it does not represent a bold legal response to the challenge of climate change, it does represent a strong political gain. Global climate efforts were previously governed by the Kyoto Protocol that was negotiated in 1997.  This much maligned agreement required developed countries to meet set emissions reduction targets, which would increase over time.

The legal obligations found in the Paris Agreement primarily relate to each nation’s reporting obligations to the international community.  Parties are required to share their Intended Nationally Determined Contributions (INDCs) every 5 years for inclusion in a public registry. Developed countries are required to financially support developing countries to help them meet their INDCs. Progress with this supportive work is to be regularly reported, together with annual emissions rates and each nation’s ability to create carbon sinks.

The Paris Agreement depends on publicly-available commitments and progress reports to ensure compliance. Each nation will have knowledge of every other nation’s commitments as they strive to reach the shared aspirational goal of net-zero emissions. The Agreement’s success depends on the expected political consequences of not meeting individual commitments.  It has the potential for real impact, so long as the pressure to take action remain strong over the long-term.

For nearly a decade, the European Union’s Emissions Trading System (EU ETS) has operated as the world’s biggest carbon trading market. It has grown steadily since its launch in 2005, covering just under 2,000 million metric tons (MMT) of GHGs in all 28 member states (plus Iceland, Norway and Liechtenstein).

The EU ETS is a cap-and-trade program that limits carbon dioxide emissions from more than 11,000 power stations, representing approximately 45 percent of all the emissions in the EU. As a result of the ETS (and other climate initiatives) the EU is on track to reduce its GHGs 21 percent below 2005 levels by 2020.

Sweden and Finland have had carbon prices for nearly two decades. The World Bank cites Sweden’s success as testament to the idea that economic growth has decoupled from carbon emissions, meaning that economies can grow while cutting carbon.

China is the world’s biggest emitter of GHGs, accounting for nearly 30 percent of the global total. It has launched seven regional carbon pricing pilot markets in a bid to gain experience as it prepares to launch a nationwide mechanism. The pilots are in Beijing, Shanghai, Guangdong, Tianjin, Shenzhen, Hubei, and Chongqing. As a result of the experience gained from these pilots, it has now committed to rolling out its own Emissions Trading System (ETS) in 2016.

When fully-operational, China’s ETS will dwarf the EU’s and cover approximately 5,000 MMT of GHGs. As the entire world currently emits about 36,000 MMT, China’s program will cover approximately 13 percent of global emissions. The national goal is to reduce its carbon intensity 40-45 percent below 2005 levels by 2020.

The U.S. and China reached a landmark agreement on climate change on November 12th, 2014. As a result of the agreement, the US will now aim to reduce greenhouse gas emissions 26 to 28 percent below 2005 levels by 2025. This new target is in addition to its original target of a 17 percent reduction below 2005 levels due by 2020.

For its part of the agreement, China will cap with GHGs in the year 2030 and reduce them every year following that. The nation will also “strive” to reach the peak in its emissions sooner than 2030 if possible.

Kazakhstan and New Zealand are currently operating emissions trading markets. South Korea launched a national scheme on Jan. 1, 2015. Indonesia, Thailand and Vietnam are all said to be drawing up plans for their own markets.